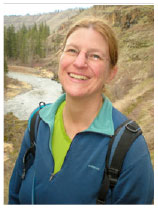 “Wilderness values and wilderness experiences: Looking back and looking forward”

“The American public has long valued wilderness for many purposes, including but not limited to recreation. How are those values and uses changing over time? How do wilderness managers respond to changing uses? This presentation reviews the benefits and values of wilderness, based on representative surveys of the American public. It then describes historical trends in wilderness recreation in Oregon and Washington, discussing how ecological and experiential concerns associated with changing use have led to different management practices. I focus on specific regional examples, including management of high use locations. These examples highlight the tension managers face between providing opportunities for solitude and protecting primitive and unconfined recreation. They also illustrate the challenges associated with defining subjective experiences like “solitude.” The presentation closes with observations about the future of wilderness management, given likely trends in use, changing demographics, and available resources for management.”

“Federally designated wilderness makes up 5% of all the land in the United States, and with pressures from increasing population and climate change, we face great challenges in preserving these special areas. In addition to exploring the unique nature of wilderness experiences, my colleagues and I continue to investigate Americans’ views about the appropriate stewardship of wilderness.”

Dr. Troy Hall is an internationally known conservation social scientist who holds degrees in Anthropology and Forest Resources.  Her experience ranges from working as a wilderness ranger for the U. S. Forest Service to serving as Department Head of the Department of Conservation Social Sciences at the University of Idaho.  She will soon be joining the faculty of the College of Forestry at Oregon State University as the Department Head of the Forest Ecosystems and Society Department.  Aside from serving as a member of the USFS Wilderness Information Steering Team, Hall has served as an instructor at the Arthur Carhart National Wilderness Training Center, and was instrumental in developing the Forest Service’s Wilderness Character Monitoring Framework and Technical Guide.

Her career accomplishments recently were acknowledged by the Excellence in Wilderness Stewardship Research Award, one of the highest national awards given by the U.S. Forest Service.

“The Central Dilemma of Wilderness Stewardship:

Should Restoration Actions be Taken Inside Wilderness?”

“Ecological restoration in wilderness is turning into one of the most important, challenging, and potentially litigious wilderness stewardship issues.  With better understanding of the effects from climate change and myriad other ecological impacts to wilderness, a single key question is emerging:  should we restore ecological components and processes inside wilderness?  Current law and policies do not provide explicit support for decision-making about restoration, and management decisions often reflect views based on varying philosophical, cultural, and ethical beliefs about the fundamental values of wilderness.  This presentation explores how we got into this situation, looks at several examples of restoration in wilderness from the perspective of what is gained and what is lost by the restoration action, and ends with a draft framework for helping managers and stakeholders transparently assess the diverse legal, scientific and ethical issues involved when ecological restoration is being considered in wilderness.”

Peter is an Ecologist at the Aldo Leopold Wilderness Research Institute in Missoula, Montana, which is the only group of federal scientists devoted to wilderness research.  He has been at the Leopold Institute since it was founded in 1993.  Peter received a Ph.D. from Utah State University in 1981.  He was a university professor at the University of Puget Sound and the University of Colorado at Boulder, teaching biology, ecology, evolution, environmental science, and conservation biology before becoming a federal research scientist.  Working daily with wilderness managers helps Peter understand and define critical research needs for improving wilderness stewardship.  His job is to develop the knowledge, strategies, and tools to improve the ecological management of wilderness throughout the United States.

Dr. Landres is currently working on: 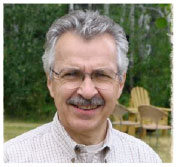 “50 Years of Progress for Wilderness, from Mt. Adams and Around the World”

“I come to speak of the Mount Adams Wilderness with particular personal affection, as this was the first of the Cascade peaks I climbed, when I was 14.  I climbed it at least once more in my high school years.  At that time, I knew little about wilderness and had no idea that I would luck into a career of working to persuade Congress to establish more wilderness areas.

Throughout this history — and going forward — the protection of the Mount Adams Wilderness and the fulfillment of its promise as a sanctuary from our driven, noisy modern society, is the work of spirited volunteers, like those of you in this room.

In this 50th anniversary year, we have much to celebrate, and celebrations like yours are going on all around the country.  And around the world, for our Wilderness Act has inspired many other countries, from South Africa to Russia, to use their own laws to protect wilderness areas.”

Doug Scott recently retired from his position as policy director of The Campaign for America’s Wilderness. He holds a forestry degree from the University of Michigan, where he did his graduate research on the history and drafting of what became the Wilderness Act of 1964. Scott began his own work for wilderness preservation soon after the Wilderness Act became law. As a volunteer activist while in graduate school, a Washington lobbyist for The Wilderness Society, and northwest representative for the Sierra Club, he was in the forefront of many of the important wilderness preservation campaigns as a strategist and lobbyist. Some of these include the Alpine Lakes Wilderness Act (1976), the  Alaska National Interest Lands Conservation Act (1980),  and wilderness laws for dozens of states in the 1980s.  Then Scott became conservation director and, later, associate executive director of the Sierra Club, and in 1996 he received the club’s highest honor, the John Muir Award. Scott was also a member an organization which organized the first Earth Day in 1970. He now speaks frequently on college campuses, at training programs for federal agency personnel, and at gatherings of wilderness advocacy organizations.