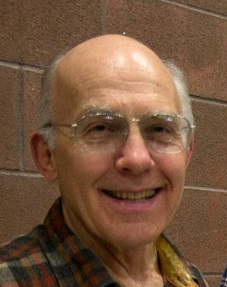 Darvel Ted Lloyd was born in Longview, Washington to Les and Ilse Lloyd on December 22, 1942 along with his twin brother Darryl.  Darvel passed away from a heart attack December 16, 2020.

Darvel, at the age of 3 moved with his family to Glenwood, WA, where in the shadow of Mt. Adams the Flying L Ranch was now home.

Schooling was in Glenwood until the Lloyds moved to Taipei, Taiwan. Darvel and Darryl’s father was a consulting forester and logging engineer.  A year and a half later the trip home by ship, land, and rail completed their first circle of the world. This sparked Darvel and Darryl’s love to travel and explore.

Darvel and Darryl graduated from Benson Polytechnic High School in Portland.  Darvel graduated from Oregon State with a bachelor’s degree.  Through the NROTC program Darvel received a commission in the US Navy and was awarded medals for duty in Viet Nam and an honorable discharge.  From there a Masters of Arts degree at the University of Colorado leading to the Glaciological Artic Science Institute and the Juneau ice fields project.

Between 1970 and 1977 Darvel and Darryl established and directed the Mt. Adams Institute based at the Flying L where they both lived. Through the Institute many classes and climbs were undertaken.

Later Darvel worked on a number of research projects, developed the YACC program as well as the Keystone Environmental Center in Colorado.

Darvel and Darryl began mountain climbing at the age of 10 with their father; their first conquest being Mt. Adams. This began a love for climbing, skiing, and hiking all over the world, the Swiss Alps, the Sangre de Cristos, Olympics, and Glacier Peak Wilderness.

Teaching geography at the University of Winnipeg, Manitoba, serving as a marine technician on the University of Washington’s research vessel which took him to the McMurdo Research Station at the South Pole. He toured Great Britain, New Zealand, and Antarctica.

Darvel with brother Darryl had deep passions for protecting Mt. Adams. They started Friends of Mt. Adams in 2004. Darvel assisted Darryl with creating the book Ever Wild, A Lifetime on Mount Adams.

Memorial donations may be made on behalf of Darvel to Friends of Mt. Adams.