Maps and text by Darryl Lloyd 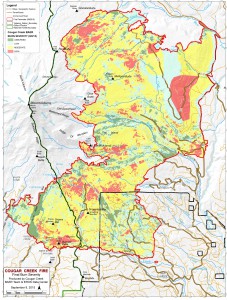 Within the 53,500-acre fire perimeter, there’s a mosaic pattern of low, moderate and high burn severity and unburned areas. Highest burn intensities are in unlogged beetle-kill areas, burnouts on the east side and the Bunnell Butte area.

For the SE side of the mountain, I superimposed the burn intensity map on a same-scale June, 2015 GoogleEarth image marked with land-ownership. Yellow and reddish (or moderate and high burn severity) means a stand-replacing fire. I’m amazed at moderate intensity covering so much of the salvaged clearcuts on the 2008 Cold Springs burn. There was very little left to burn, except for plantations. The Yakama Nation lost 60% of its plantations in this area. 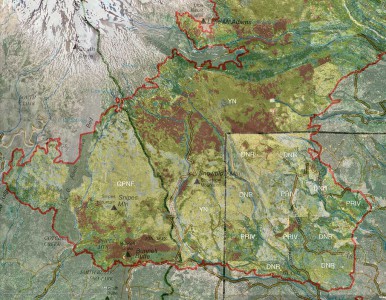 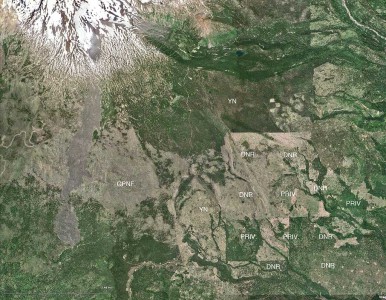