Snowmobiling is prohibited within all Yakama Nation lands, including the YN Mount Adams Recreation Area. The Yakama Nation manages its lands consistent with its Natural Resources Policy Plan and Forest Management Plan to protect its natural resources, especially the habitat of sensitive species such as mountain goats, white-tailed ptarmigan, red fox, and the extremely rare wolverine. Snowmobiles are especially harmful, because they can leak gas and oil into the snowpack (including snow/ice-covered lakes), damage young trees and shrubs, cause erosion and ruts, and spread broken parts across the landscape. Snowmobiling on the tribe’s sacred “Pahto” violates Yakama Nation laws and shows disrespect to the members’ religious and cultural beliefs.

Video showing illegal snowmobiling on Hellroaring ridge with Adams and Hellroaring valley in the background is from 2014. https://www.youtube.com/watch?v=4Om20X4OYJA. 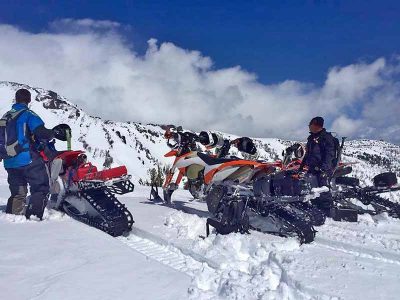 This entry was posted in issue. Bookmark the permalink.